Before the Experiment even Starts

The Question or Problem:

I wanted to conduct a new investigation, but nothing was coming to mind.  I "googled" Science experiments for middle  s choolers and pulled up the following website:    www.education.com/activity/middle-school/science.  I searched for some inspiration and finally found an ancient steam engine on Instructables.com that was modeled after one which may or may not have been created by Hero of Alexandria.

The purpose for the experiment was first and foremost to create my own aeolipile because I was so fascinated that here steam power was at work some 2,000 years ago and yet steam power did not really take off until the advent of the Industrial Revolution, 1760 - 1820.  After having conducted my research and followed the initial protocol in recreating my own engine from Instructables.com, I believed I could make a faster steam engine if I could control the opening of the hole where steam was to be released.

Planning and Designing the Experiment

The real analyzation is the last one.  The top two were just to show you that sometimes data can be misinterpreted to be presented in a specific way that helps or hinders an argument.  That is why questioning a source is so important, because sometimes data is presented in an inaccurate way because the source may have ulterior motives for presenting the data.

My future studies is really long, because I failed at conducting the experiment.  When you fail at something, you have to take the time to reflect about why it happened and how it could be avoided in the future.

I chose to do just a simple table with numbers as my visual interpretation.  I could have used a bar graph or a circle graph, but because the data was so close to one another, the visual would not have been very distinct.
The conclusion is your way of finally and formally declaring your success or in my case my failure.
The abstract is basically an extremely brief summary of your experiment from beginning to end.
The Science Report is basically everything from the "Question or Problem" to the "Conclusion."  It is everything you have written down about your experiment and everything you plan on including on the display board for the school science fair but just in one big chunk.  I basically cut and pasted most of the narrative in this scientific method study link.  So while it looks like a lot of work it is work you have been doing all along with your science project.

A Display Board for
Mold and the Fast Food French Fry 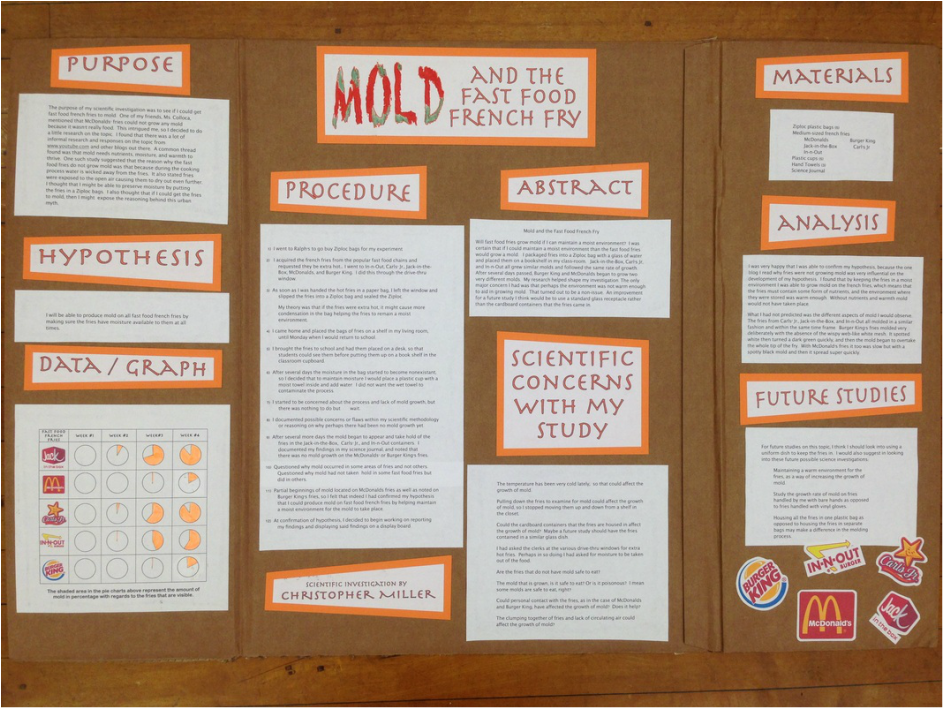 Even thought the abstract is first in my report and visible on the board, it was the very last thing I did with regards to the scientific method.  The abstract is a short paragraph that summarizes the entire investigation.  It goes without saying that it is missing lots of details.  The abstract touches upon the big ideas from hypothesis to analysis.  This abstract isn't perfect.  I think it's too wordy and maybe could be edited better, but it's here and done and does what it is supposed to do. 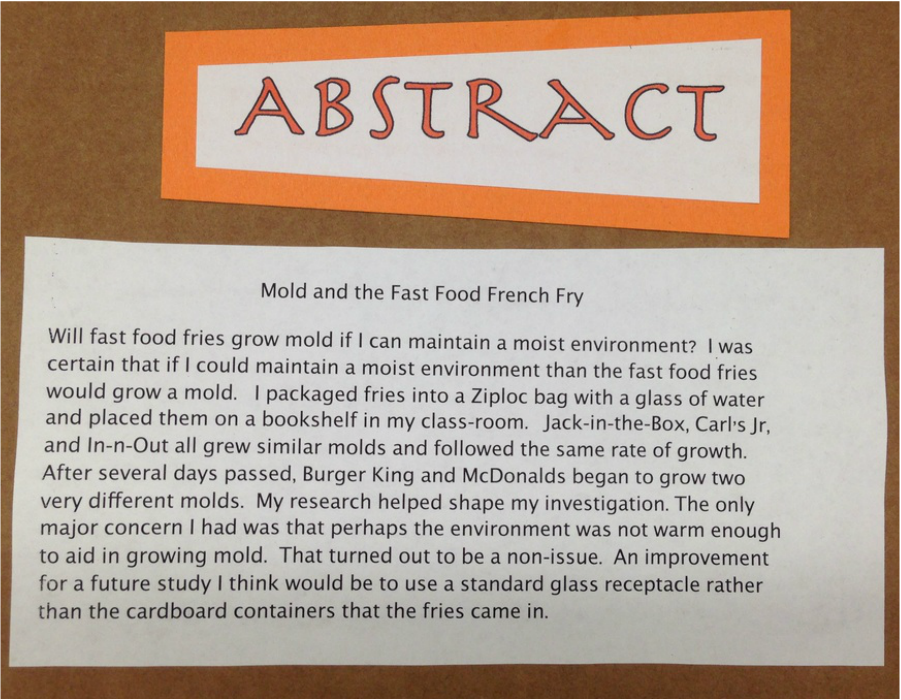 A Great Science Investigation has got to have some good visuals.
Be sure to provide those and your evidence of experimentation. 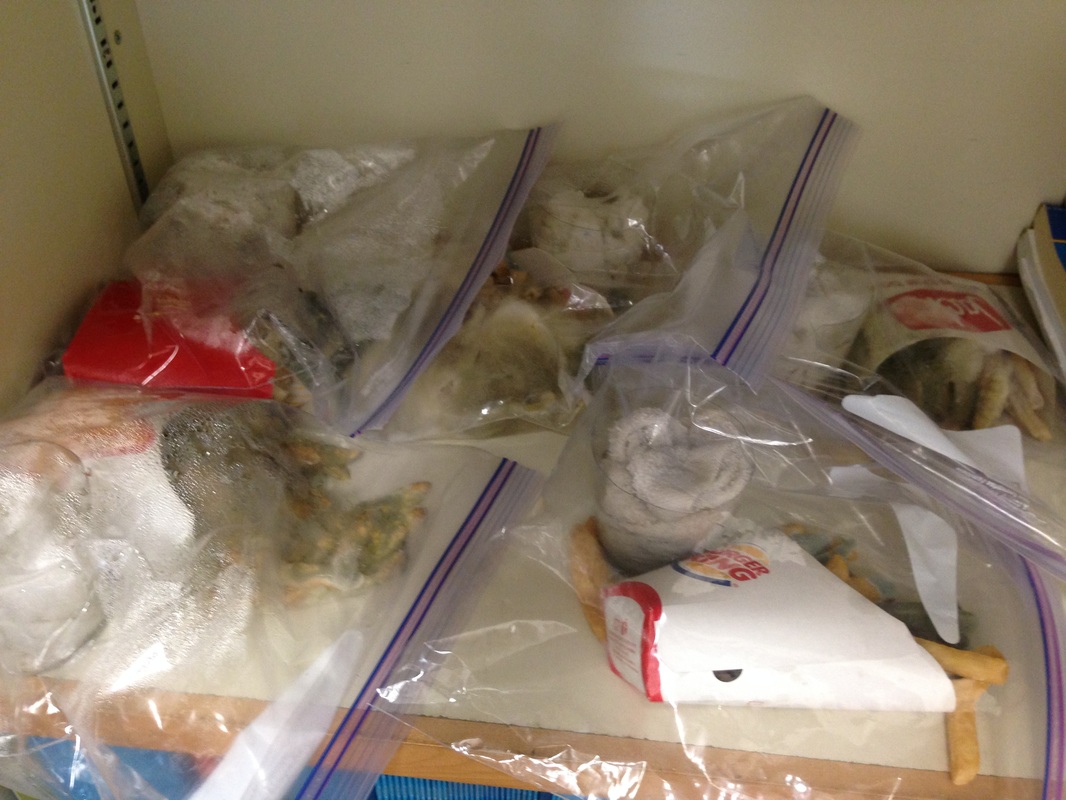 Ideally I would have liked to have my report on the display board along with the science journal, but that's just me.  A judge would probably like to have easy access to it along with the evidence in front of my display board.
Proudly powered by Weebly