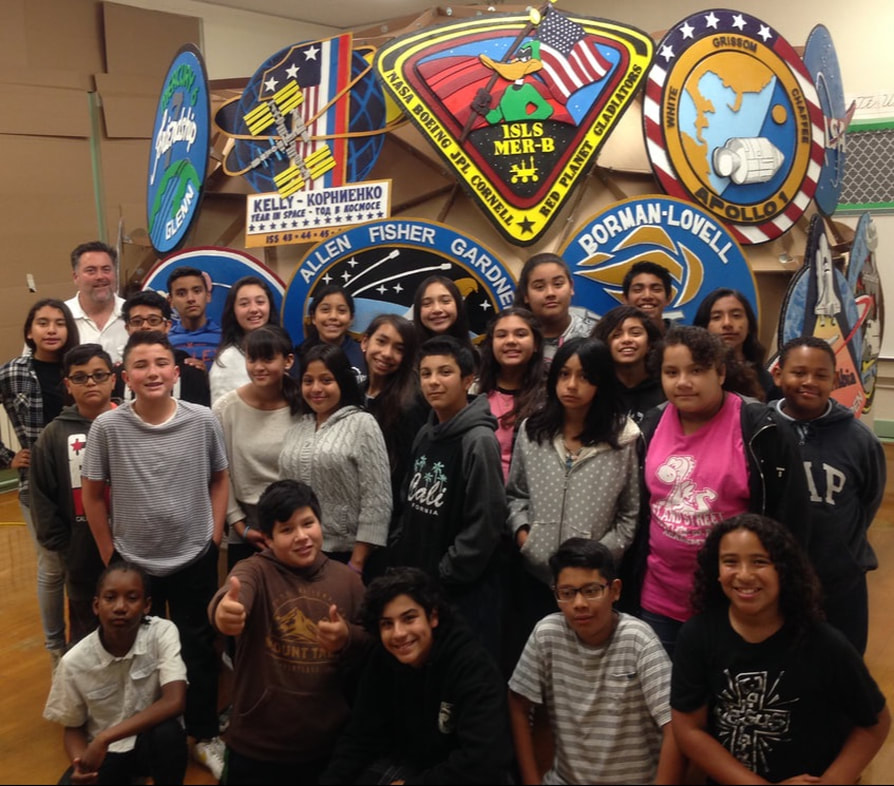 A special "Thank You" to our sponsor, International Paper Company, who provided all the cardboard to make the Dr. Anna Lee Fisher Planetarium a reality.

Who is Dr. Anna Lee Fisher?

Anna Lee Fisher was born in New York, but considers her hometown to be San Pedro where she graduated high school.  She grew up as a military kid and attended Leland Street Elementary as one of the thirteen schools she attended before 8th grade.  Upon graduating from San Pedro High School, she attended UCLA where she received a Bachelor's of Science in Chemistry and then went off to medical school where she worked in emergency medicine at Harbor UCLA Hospital in Torrance.  She was one one of the first group of women to be accepted as an astronaut candidate and was integral in serving as CAPCOM for early space shuttle missions and developing emergency protocols for the Space Shuttle program.  Eventually, Fisher went back to UCLA for a Master's Degree in  Chemistry and she served as a mission specialist aboard Discovery's STS-51-A becoming the first mother in space. The mission, "deployed two satellites and recovered two others."  Fisher took a leave of absence to raise her family, and when she returned she served in many administrative capacities having to do with the International Space Station and the Orion Project.

Below are two pictures of Astronaut Dr. Anna Lee Fisher.  The one on the right is an iconic picture of the young astronaut taken by photographer John Bryson, which seems to capture the awe-inspiring moments of space travel and seem to ignite our own passions to board the Space Shuttle

NASA and Space Exploration Patches
Hand Painted by Class of 2018

In creating the Planetarium this year, we wanted to add another dimension to the experience that showcased our students artistry.  We thought of covering the Planetarium with a fitted tarp that helped keep it dark on the inside and then painting the outside cover with stars, galaxies, rockets, and the space shuttle etc., but the thought of cutting out a whole new set of triangles, for a fitted look, was daunting.  The NASA Mission Space Patch idea came to us.  At first we considered enlarging the patch to about twelve inches so that it fit within the triangle.  We made the 3-dimensional prototype out of cardboard trying to utilize all the cardboard donated by International Paper, but found that students would not be able to cut the cardboard. So then we went BIG and blew up the images, so that 1 inch of the patch was equal to 14" on our finished art piece.  The scale was 14 : 1.  Mr. Miller cut the cardboard in 3-dimensional pieces, and then students painted them.  Pictured below are the actual images next to our painted versions.

While working over several months to complete the Dr. Fisher Planetarium, I had rewatched the movie, The Martian starring Matt Damon, and thought it might be a fun addition to add the ARES III patch to the Planetarium to see if visitors could spot the fictional patch from the movie.  We were sure most might consider the patch with Daffy Duck to be the fake patch.

There was an intention for every student to create a small double-sided brochure for our Dr. Fisher Planetarium that would hang next to each patch that students painted, but time got away from us to complete this portion of the project.  This was my prototype for students and the guidelines:

Construction of the Dr. Fisher Planetarium
and Painting of the NASA Patches 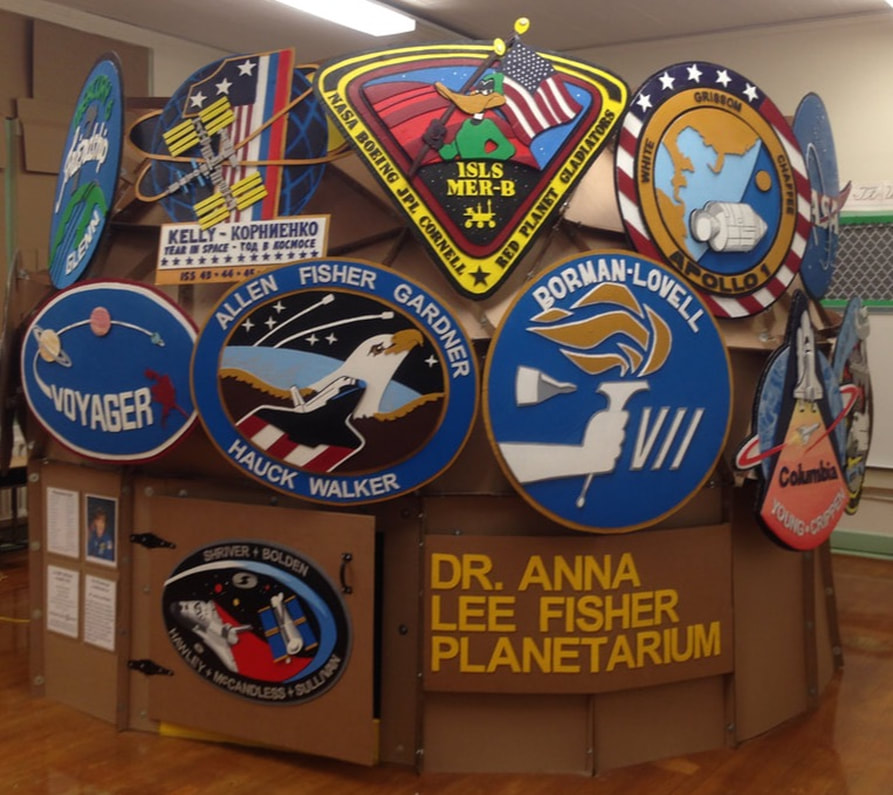 Using Music to Convey Space Environment
While Inside the Planetarium

How the Planetarium Relates to the Standards

COMMON CORE STATE STANDARDS:  MATH
For my sixth graders area of a triangle (CCSS 6.G.A.1) and representing three-dimensional figures using nets (CCSS 6.G.A.4) are the main math standards, but as they prepare for seventh grade and beyond mathematically they will also attempt to draw, construct, and describe triangles given three measures (CCSS 7.G.A.2) and solve for the area and circumference of a circle (CCSS 7.G.B.4).  Students will also be able to describe supplementary, complimentary, vertical, and adjacent triangles (CCSS 7.G.B.5), and try to find the surface area of triangles within the geodesic dome (CCSS 7.G.B.6).  In eighth grade students will want to find the volume of a sphere (CCSS 8.G.C.9), which I think students will be able to identify given the formula.  Lastly, students will be introduced to the high school modeling and geometric standard (CCSS HSG.MG.A.3) that focuses on using methods to solve design problems with regards to the physical constraints of the environment, the cost of the cardboard, the amount of cardboard due to the size and limitations on the size of triangles, and the cost of supplies especially with regards to nuts, bolts, and washers.

NEXT GENERATION SCIENCE STANDARDS
The middle school standards for Earth's Place in the Universe has a focus on the universe and its stars (NGSS MS-ESS 1-1 and 1-2), which has students examine or observe the movement of stars and that those stars can be described and predicted with the use of our model the Planetarium.  Secondly, that these stars are part of the Solar System along with Earth and that the Milky Way Galaxy is just one of many galaxies in the universe.  Technologically, students will hit upon the standard (NGSS MS-ETS 1-1 and 1-2) that calls for the development of a model and its use and revision of that model.  This being our second attempt at the Planetarium here at the school site, there has been plenty of dialogue with regards to the first planetarium, The Leland Peck Planetarium.  The were revisions we'd like to accomplish with the new planetarium, the Madsen-Nishisaka Planetarium, which takes us into our high-school level technology standard (NGSS HS-ETS 1-3), that helped us to look and examine the problem of building a larger planetarium.  In this standard we examined the cost, our safety in building the geodesic dome, the reliability of the structure given the increased weight of nuts, bolts, washers, and cardboard, and lastly the aesthetic value.  This was an important component as we had the whole student body participate in painting their vision of a planet on a cardboard cake round.  We dedicated our planetarium to two very deserving women who spent decades at our school, and we improved on the digital, lighting, and auditory component of the planetarium as well.  Lastly, the social impact was addressed in gathering all students and community members to come in and participate in our planetarium.

COMMON CORE STATE STANDARDS: SPEAKING AND LISTENING
Students will be presenting the planetarium to their fellow school mates in pairs, so they will engage and build upon a small planned out scenario of events in which they are encouraged to express their own ideas, details, and thoughts with regards to the construction of the planetarium.  Speakers who present to other classes will also address some of the specific geometry standards for the class they are presenting.  They will identify their roles as needed and respond to questions with elaboration and detail (CCSS ELA.SL.6.1).  Students will also present to others using a logical sequence as outlined in the lesson and give facts and details that elaborate on the construction of the planetarium using good eye contact and be clear and understood. (CCSS ELA.SL.6.4)  Lastly, it will be asked that students adapt their presentations to the age level of participants and be required to use multimedia components in the presentation (CCSS ELA.SL.6.5 and 6.6).

CALIFORNIA STATE VISUAL ARTS STANDARDS
In choosing their NASA Mission Space Patches, students will identify and discuss with each other the use of color, shape/form, line, texture, space, and value as they discern which patch to depict (CSS: VA 6.1.1). Students will be able to describe theme and style and how balance is used, or not, in their particular patches (CSS: VA 6.1.2 and 6.1.4).  While I would have cut out the specific pieces of cardboard and glued them together, students were able to decide on shading, mixing of paints, and achieve the gradation of certain pieces (CSS: VA 6.2.3).  These NASA mission patches have a distinct style, culture,  and focus as it emerged out of a practice used in the military.  Students discussed the evolution of the patches from its basic beginnings with the Gemini and Mercury programs to its most recent activity with JPL's launch of Insight that will drill through the surface of Mars (CSS: VA 6.3.1 and 6.3.2).  One of the major discussions we had as artists was the scale we were to use given the size limitations of cardboard and in the production of these art pieces (CSS: VA 7.1.2).  And lastly, students established criteria in the choosing of the NASA Patches they were interested in recreating on a large-scale (CSS: VA 6.5.5).

The Patch We Didn't Get To: 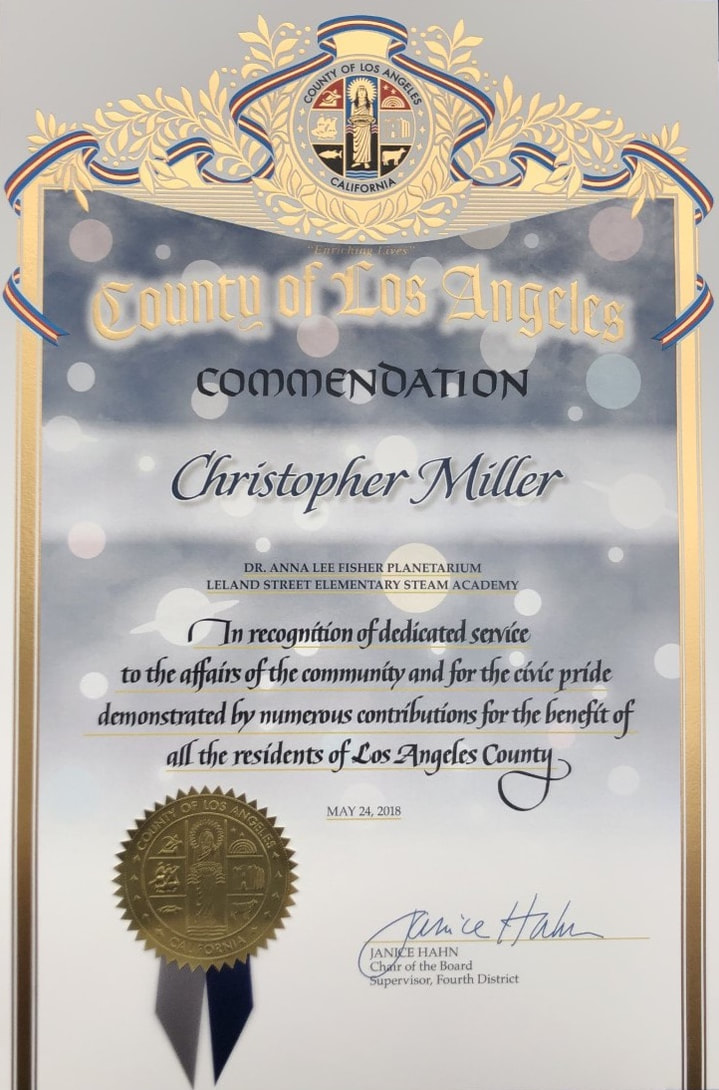 COLLEGE MASCOTS... maybe?
FROM AN INDIGENOUS PEOPLES PERSPECTIVE OF THE NIGHT SKY
Proudly powered by Weebly