Because Mr. Miller's class is large, we will grow the classic debate team of 3 to 5.  Each team will have 7 to 8 team members, so If students do not have a speaking role at this time, they must have a speaking role on the second debate sometime in the spring.
For each debate there is a Proposition side and an Opposition side.  If we were debating the best ice cream flavor, the opposition may claim vanilla to be the best while the opposition may claim that chocolate is the favorite flavor.

resolution:  The debate topic, like zoos are cruel to animals
claim: A statement that a debater supports or refutes with evidence and reasoning
counterclaim:  The opposite of a claim.  This is what your audience might say to disagree with
you, or what you believe the opposite team may disagree with in your argument
reaffirmation:  It is basically the process of RE… AFFIRMING your claim.  Stating it again.
Affirmative or Proposition:  The pros side of the debate, in this case the team that
thinks or supports that zoos are cruel to animals
Negative or Opposition:  The con side of the debate and in this case the team that thinks or
supports that zoos are NOT cruel to animals
rebuttal:  a contradiction of the opposing argument as part of the persuasive speech.  It is the
“comeback.”
debunk:  When speaking in the rebuttal you topple the other team’s argument making it invalid
points of information:  (POI’s) These are short points of rebuttal raised by the opposition in
mid argument.  It’s a good idea to answer them as they show the judge you know
what you are talking about, but they also take time away from your argument.
Take a couple, but don’t lose focus
summary:  The concluding speech on each side.  It provides your side (biased) of the debate.
It should bring up and elaborate on the great points your side made during the
debate as well as the oppositions side and the flaws in their argument.  No new
information can be brought up at this time.
protected time:  The first and last minute of a speech in which POI’s can not be offered
judge:  Will give feedback to teams and decide who wins the argument
moderator:  An individual who keeps track and manages the time of speakers in a debate ​

HELPFUL SENTENCE STARTERS, PHRASES, AND VOCABULARY TO USE IN ARGUMENTATION 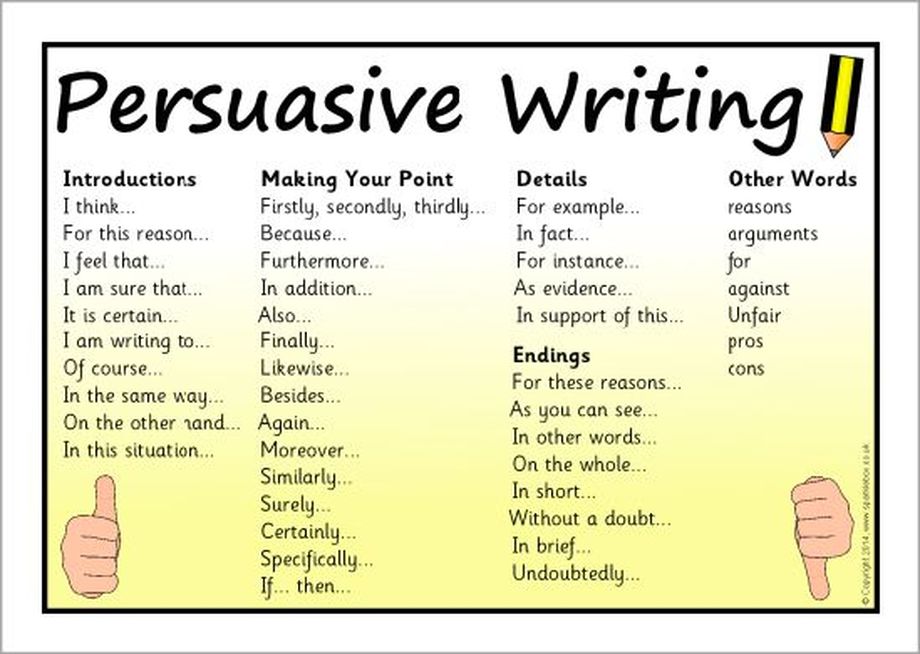 THE PROCESS OF DEBATING

SPEAKER NUMBER 1 ON BOTH SIDES OF THE DEBATE
The opening statement can be prepared ahead of time as well as the reasons that support your claim and the counterclaim.

Speaker #1 will open the claim, define important concepts, give reasons A,B, and C with evidence and explain and or elaborate on that evidence/

As speaker, you will have a maximum time of 4 minutes as speaker.  The first and last minute will be protected time at which time the speaker, you, can not be interrupted by "points of information" (POI) and you should plan to take at least 2 POI’s but you don’t have to either.

You want to develop your best reasons only with very credible resources. That’s why your source is so important in Socratic Seminar.  Use your team to help you identify and agree on resources and evidence.  Try to find other sources outside of what was provided to you as well to help you develop your argument.  The study table participants can fill this very important role of outside research.  They will also be doing research during the debate and passing the speakers vital information to rebut or support their team’s argument based on what is being brought up by the opposing team.
POINTS OF INFORMATION (POI'S)
1) Follow the POI etiquette when coming up with a POI and accepting or declining a POI with “no thank you” or “not at this time.”  Try to accept at least two when speaking.

2) Come up with possible POI’s while researching.  This is also a good opportunity to get your study team involved with helping train speakers.

3) POI “notes” can be passed from the study table to the speakers table within any given speech.

IF YOU ARE THE SPEAKER, and you take a POI:
It shows the judge and others that you can think on your feet and address any POI raised when fired at you and that you are confident in your reasoning. Try to prepare yourself for them based on the evidence and reasoning you come up with.

IF YOU DELIVER THE POI TO THE SPEAKER:
Giving a well-placed POI may stump the speaker, which can help your team defeat the other.  Don’t waste the opportunity with something that can be rebutted easily.
SPEAKER NUMBER TWO ON BOTH SIDES OF THE DEBATE
Speaker #2 is one of those added positions to Mr. Miller's debate set-up, and again it is because we have so many students.  Usually Speaker #1 will only have the 3 reasons and deliver the counterclaim.
​
Speaker #2 will give three more reasons D, E, and F with evidence.  They will explain and elaborate on the evidence as well.  When complete, Speaker #2 will give the teams counterclaim and debunk it immediately.
UNDERSTANDING HOW TO IMPLEMENT AND USE THE COUNTERCLAIM
Each team will deliver a counterclaim.  A counterclaim is the opposite of your claim with the intent of taking it away.  For example if I am arguing about how vanilla ice cream is the most popular flavor, I will deliver a counterclaim about chocolate ice cream.  I might say:

“The opposing team might lead you to believe that chocolate ice cream is the more popular flavor.  It certainly is one of the favorites because it is so tasty and versatile in other flavors of ice cream.  There are chocolate chips, chocolate swirls, malted milk chocolate, and dark chocolate as well as fudge…”

Notice that I have built up chocolate flavors a little.  That’s important to do.  You get the judge and audience sucked into those delicious flavors and than take it away from them.

Why choose Chocolate ice cream?  Let’s face it, chocolate is probably the next best flavor of ice cream, and by choosing chocolate it shows that I have weighed in all my options on flavors of ice cream, and that I have anticipated the other team’s choosing of chocolate.  I could be wrong in my anticipated counterclaim, but that doesn’t matter just yet.  It shows that I have guessed the next best possible flavor and I have an argument against it.  If I choose mint chocolate chip ice cream as the next best flavor, then I have made more work for myself.  Some will not agree as soon as I say it, and I risk the chance of letting the other team gain the upper hand on my argument.

Notice that I haven’t included in any chocolate ice cream into those chocolate flavors mentioned above.  That might be going to far.  Here is what else I would have said:

“The opposing team might lead you to believe that chocolate ice cream is the more popular flavor.  It certainly is one of the favorites because it is so tasty and versatile in other flavors of ice cream.  There are chocolate chips, chocolate swirls, malted milk chocolate, and dark chocolate as well as fudge, but chocolate is an added flavor to a vanilla based ice cream. You need to have vanilla ice cream before you can have chocolate.  Therefore if my opponents suggest chocolate being the superior flavor, know that chocolate does not exist without vanilla.  Vanilla is the most popular ice cream flavor.”

“Vanilla is the most popular ice cream flavor.” Is the reaffirmation.  It is essential to restate your original claim. Do not leave the counterclaim without it.
SPEAKER NUMBER THREE ON BOTH SIDES OF THE DEBATE
Speaker #3 rebuts or debunks the Opposing team's Speaker #1's reasons A, B, and C, evidence, explanation and elaboration.
REBUTTALS
The rebuttal is an important part of the debate.  When the opposing team offers a POI, the speaker must rebut that claim instantly thinking on their feet.  That demonstrates to the judge you know your subject matter.  To prepare for this, you must anticipate possible POI’s during your researching of evidence.

The formal speaker who comes up to rebut the claim and evidence provided by the opposing team, must prepare before the debate by taking notes and writing down pieces of evidence in which they can quickly elaborate on.  But the speaker delivering the rebuttal must also write down the claim, reasons, and evidence during the opposing teams speech so that they can specifically rebut everything the opposing team is claiming. In other words, those individuals who are rebutting really have to know their stuff more than other speakers, who can prepare statements ahead of time.

The two speakers on each team rebutting should sit together to facilitate the passing of notes.  Every person on the team is a rebutter, so that means while the opposing team is throwing out claims, reasons, and evidence all team members are writing down information to attack.  The study table will have access to one laptop and the debate book.  The more you know your material the better.  The more you prepare outside from the resources given to you, the less prepared the opposing team will be.

Lastly, resources have various levels of authority.  If we are talking about zoos and animals, then National Geographic carries more authority than the back of a cereal box.  Likewise a video produced by the Association of Zoos and Aquariums has more validity than a video produced by Youtubers, Dude Perfect. That does not mean you should not use the evidence provided by Dude Perfect, but rather use/or don’t use the evidence wisely and at the right time.

Use of Humor:  Being funny can make for an interesting debate especially when driven in the rebuttal stages, but here are some pointers to doing so:  1)  You have to speak very clearly, so it can be heard.  2)  If you over do it, then you become the joke not what you are saying.  3)  You can not belittle some other speaker.  That would be unprofessional.  4)  You have to have content and substance, because without it your team can not earn the necessary points.
SPEAKER NUMBER FOUR ON BOTH SIDES OF THE DEBATE
Speaker #4 is one of those added positions to Mr. Miller's debate set-up, and again it is because we have so many students.  Usually Speaker #2 will only have the 3 reasons to rebut and lay down the counterclaim.

Speaker #4 will rebut the opposing teams claim, reasons D, E, and F's evidence, explanation, and elaboration and debunk the opposing team's counterclaim with a strong reaffirmation.
SPEAKER NUMBER FIVE ON BOTH SIDES OF THE DEBATE
The closing statement can be prepared ahead of time as well, just like the opening statement, but this time it will be a summary of your teams claim and reasons with evidence.

You cannot bring up any new evidence at this time.

You will have 4 minutes as speaker.  The first and last minute will be protected time at which time the speaker, you, can not be interrupted by POI’s

A good way to close is by stating the evidence as laid out beforehand, but with the evidence you have a new and exciting way to explain or elaborate on those reasons.  It will keep the argument fresh and finish your argument in a strong way.  You can also summarize and quickly debunk again the rebutters in another way as well if you have time to do so.

​You also have the option of rebutting quickly any evidence, explanations, or elaborations proposed by the opposing team.  This is important especially if it was not addressed earlier, but again you are under the time constraints to deliver your portion of the debate and close it.
Proudly powered by Weebly